The Logitech C920s HD Pro is the best webcam for almost anyone who wants simplicity, good quality, and affordability

With more people working from home than ever before, a strong, reliable camera is important, and the Logitech C920s HD Pro is exactly that. This plug-and-play webcam is simple to use and provides excellent video and audio quality. It’s great for video calls, streaming videos, and catching up with friends and family on social media. The Logitech Capture program allows you to fine-tune numerous parameters for individuals who want more control.
The privacy cover is a welcome, albeit somewhat thin, addition to this little update of the C920. It doesn’t have any fancy features, and the frame rate may be insufficient for serious video producers and broadcasters, but it has no genuine flaws. At this budget, there’s no better option than the Logitech C920s for image and audio quality. 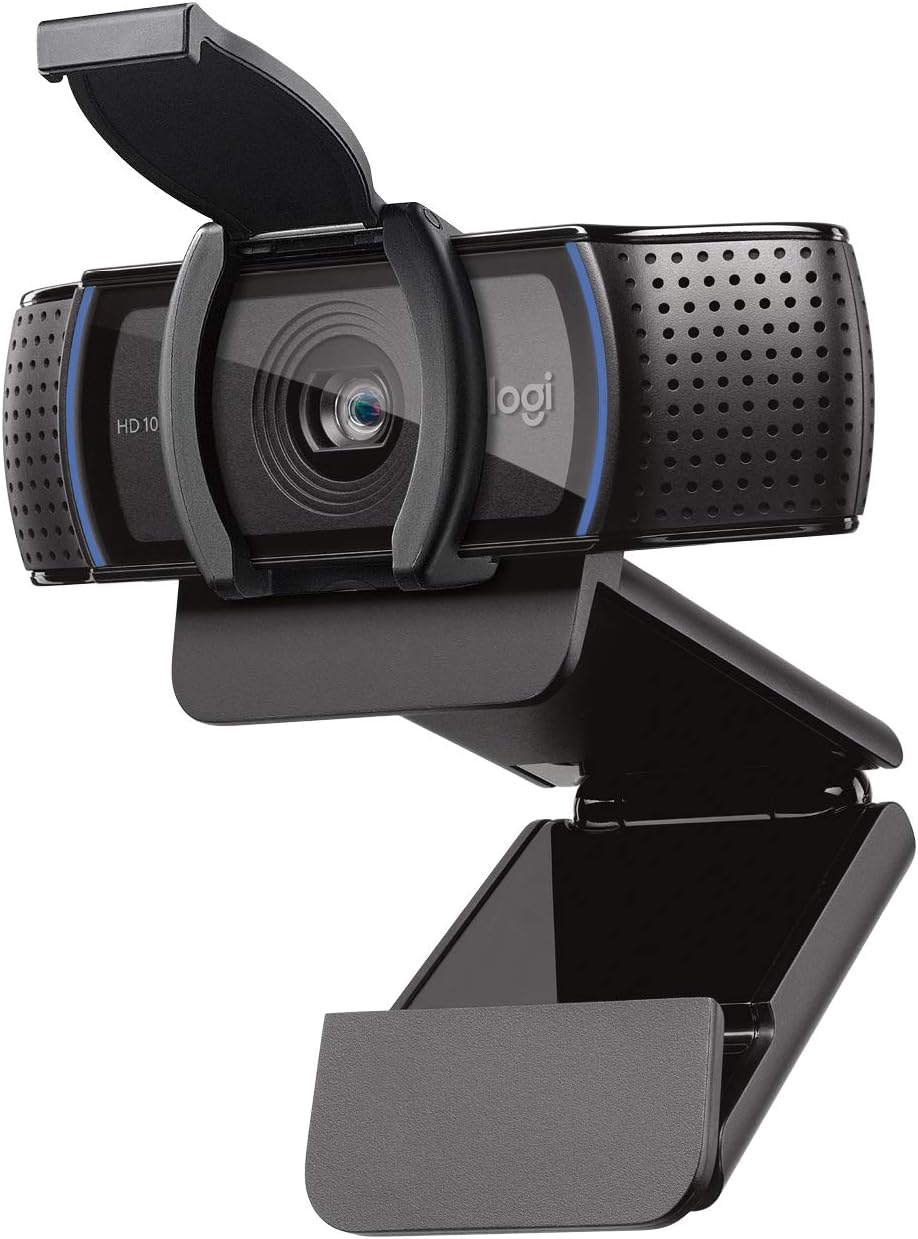 Buy this item
Pros: 1080p video, quick autofocus, good audio quality, and a reasonable price
Cons: The privacy cover is thin, and the maximum frame rate is 30 frames per second.

Specifications for the Logitech C920s

The Logitech C920s have the same design as the C920, which hasn’t altered in years since it works well. The camera lens is protected by a glass panel and is housed in a matte black plastic housing. The two omnidirectional microphones are hidden behind grilles on either side of the glass that look like speakers. It appears to be long-lasting.

A sturdy connection to the top of a monitor or laptop screen is made possible by an L-shaped grip with a fold-out part at the bottom. It also serves as a stand for use on a desk or other flat surface. If you wish to attach the stand onto a tripod, there’s a tripod mount on the bottom of the stand, but you can’t remove it. The permanently attached connection extends from the rear of the device and plugs into a USB-A port on your computer.

At 162 grams, the stand is pretty heavy, but it does a nice job of keeping the Logitech C920s in place. The stand will cover a little section of your screen if your monitor has thin bezels or if you use it with a laptop. Two curving blue lights on either side of the glass panel illuminate when the Logitech C920s is turned on to alert you.

The privacy cover, which is plainly an afterthought, is the one part of the design that does not feel substantial. It’s a small plastic piece that clips onto the front, and it’s a little too easy to pull off until you get used to it, but it works.

One of the best aspects of the Logitech C920s is its ease of usage. It works with everything from Skype to Zoom to Google Meet after you unbox it and plug it into a USB-A port. Most people will never feel the need to modify any settings because it offers autofocus and automatic light adjustment utilizing Logitech’s RightLight 2 technology.

If you wish to tweak the Logitech C920s, you can use Logitech’s Capture program. It allows you to zoom in and pan, prioritize frame rate or exposure, set focus and white balance manually, modify the frame rate, and a few more things. It also allows you to record multiple sources at once, allowing you to, for example, overlay yourself on a video game.

The Logitech C920s‘ video quality is just outstanding. It can record at 30 frames per second in 1080p or 720p. The color fidelity is outstanding in good lighting, and the image it takes is clear and crisp. It handles mixed illumination and low light brilliantly, adjusting the brightness and contrast settings automatically. I was especially impressed by the quick autofocus, which worked flawlessly as I moved ahead and backward, as well as side to side.

The Logitech C920s is a good choice for video calls. Because bandwidth constraints generally limit video conferencing to 720p, and few applications presently support resolutions greater than 1080p, even a webcam with better hardware is unlikely to boost video calls significantly. In low light, there will inevitably be some graininess and a slowdown of the frame rate, but this is true of any webcam. The 78-degree field of view is large enough to accommodate more family members during group calls.

It’s easy to get caught up in the visual, but audio is also a crucial aspect of a good camera, and the Logitech C920s excels in this area. Even with a little background noise from the kids and pets in my house, the mics have no trouble picking up my voice, and callers commented that I was coming through loud and clear. Video makers and streamers, on the other hand, will want to employ a dedicated microphone.

Most people will be satisfied with the Logitech C920s‘ performance right out of the box, although the ability to change settings through the Logitech Capture app is useful. It’s a user-friendly piece of software with a simple range of options. There’s also a Chroma key option for green screen use, a variety of scene effects, and the ability to set up keyboard shortcuts, in addition to the essentials like contrast and focus.

There’s enough here to get started filming or streaming your own videos, although experts may want to invest in a webcam with a higher frame rate for smoother footage. It’s worth mentioning that the Logitech C922, which is slightly more expensive but otherwise very identical, can record 720p video at 60 frames per second.

I have no major complaints after using the Logitech C920s for a few weeks. It’s a solid webcam that works well for video calls, streaming, and video recording.

One of the highest praises I can pay it is that switching from the much more expensive Logitech Brio didn’t make a significant difference. The biggest feature I missed from the Brio was Windows Hello functionality, which allows you to log in to a Windows PC using a facial scan but requires an infrared sensor, which the C920s does not have. A flash of sunlight would also occasionally blow out the white door behind me. While the C920s adjusts rapidly and copes well, it cannot match the Brio’s HDR capabilities.

Yes. The Logitech C920s is great if, like me, you’re primarily seeking for a nice quality camera to manage work meetings and video conversations with friends and family.

What model should you choose?

The C920s HD Pro is the same as the C920 HD Pro (save for the removable privacy cover), therefore choose the one that is less expensive. The somewhat more expensive C922 Pro HD is quite similar to the C922 but has a little quicker frame rate of 60 frames per second at 720p.

The Razer Kiyo has a more appealing appearance that caters to streamers. It has a built-in light ring and can capture 720p at 60fps. The Logitech Brio can record in 4K at 30 frames per second or 1080p at 60 frames per second, and it has HDR compatibility for elegant handling of diverse lighting settings. For more options, check out our list of the top webcams.

The Logitech C920s HD Pro is a well-designed webcam with a simple plug-and-play setup at an affordable price. The image quality is consistently superb, with the automated settings doing an excellent job of maintaining sharpness and color accuracy. The built-in microphones clearly transmit your voice. The Logitech C920s is the greatest webcam for most people right now since it’s easy to use, inexpensive, and durable.