This $100 outdoor security camera is one of the best I’ve tried, thanks to its fast connection, sharp video, spotlight, and siren

The Reolink Argus 3 Pro is a feature-rich outdoor home security camera at an inexpensive price. It’s totally wireless, provides high-resolution footage up to 2K, and has two-way audio. The option to use microSD cards up to 128GB in size for local storage is perhaps its most compelling feature, though you must supply your own.

Thanks to its weather-resistant structure, variety of mounts, and built-in siren and spotlight, this security camera is well-equipped to serve outdoors for the garage, side gate, or back yard. When you connect it to a Reolink solar panel (available separately), the restricted battery life becomes a non-issue, which is exactly what I did.

I’ve been impressed by the Reolink Argus 3 Pro‘s quick performance after several weeks with it, but there are a few flaws, not least of which is the lack of two-factor authentication. 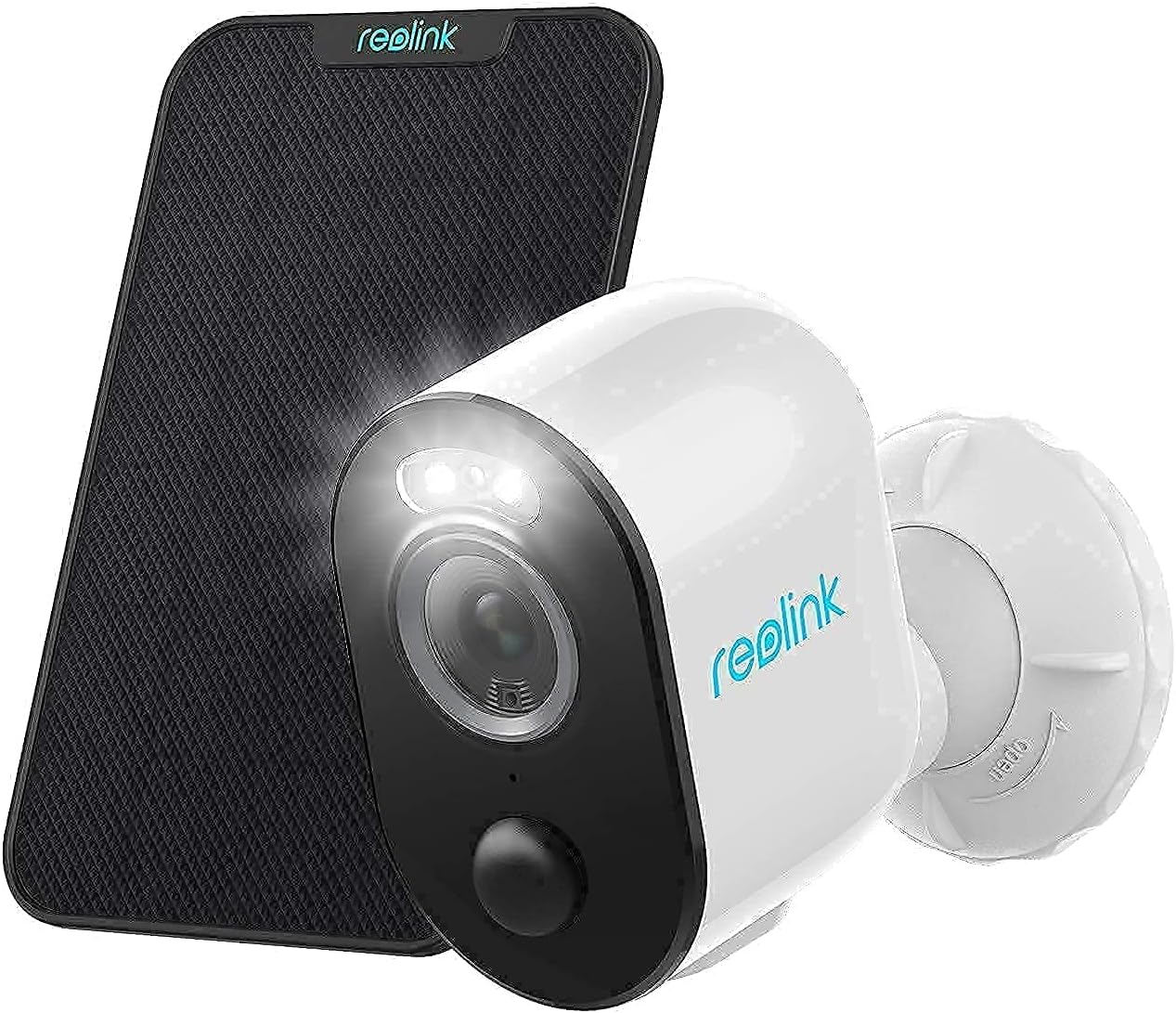 The Reolink Argus 3 Pro‘s outward design is unremarkable; it has a curved plastic shell with a black front that houses the camera lens and all of the sensors, just like other security cameras like the Arlo Pro 4. The camera comes with a variety of easy-to-install mounts, making it simple to position it for the best view.

The Reolink Argus 3 Pro is simple and quick to set up. After you’ve downloaded the Reolink app, just scan the QR code with your phone’s camera and set a password. You can connect to 5GHz or 2.4GHz networks because it has dual-band Wi-Fi. While 5GHz is faster, it has a limited range, therefore I connected and tested on the 2.4GHz spectrum because I was testing the camera in my backyard.

The Reolink app seamlessly integrates with the live camera stream. You have the normal selection of options, such as manually recording a video, taking a photo, turning on the spotlight, or activating the siren. A speak option is also available for two-way communication. Aside from that, the clip icon allows you to zoom in on a specific area of the view, and the playback option, providing you have attached a microSD card, allows you to review recorded videos.

Delving deeper into the app’s settings can be perplexing. For instance, if I wanted to limit recordings to times when humans were detected, I could do so by going to Camera Settings, Camera Recording, Schedule, and then Detection type. In several locations, the app’s translation is likewise subpar.

How well does it function?

Although the video is clear and colorful, the lack of HDR might cause blown-out portions when the sun is too bright. Because the frame rate is limited to 15 frames per second, it can appear jerky at times, but I never had difficulties identifying the topic. I had to modify the sensitivity to reduce false positives from my cat and swaying plants.

You can have the spotlight activated by motion at night for color records or switch to infrared for black-and-white footage. You’ll lose some detail in the process, but the picture quality will still be good. Intruders may be deterred by using the flashlight as a deterrent. The motion detection, infrared, and spotlight have a range of about 30 feet.

The two-way audio is adequate for carrying on a conversation, though I did notice some audio distortion on recorded videos. You can record your own vocal notifications and the siren is powerful enough to drive an intruder away.

The Reolink Argus 3 Pro‘s video feed loads rapidly, which is one of my favorite features. I can get into the live feed in three seconds on average, and I haven’t had any of the delays I’ve seen with other security cameras I’ve tried. When I ask for the feed via Google Assistant, it loads faster than many other cameras on my Nest Hub, and there’s also support for Amazon Alexa.

While the live feed loads quickly, playing back recorded footage from the microSD card takes a little longer. It may take a while for a video to play if it is very long or if you record a time-lapse (which is an option in the app).

For a single camera, Reolink also provides 7 days or 1GB of free cloud storage. If you upgrade to the regular plan, which costs $3.49 per month, you can get 30 days of video history or 30GB of storage for up to five cameras.

Cons to think about

This is supposed to be a security camera, but two factors make me hesitant to suggest it as such. To begin with, there isn’t any two-factor authentication (2FA). This implies that anyone with your log-in information can view your webcam without any further security measures. Nowadays, most security cameras offer two-factor authentication (2FA), which combines your login credentials with a one-time code for enhanced security. Without 2FA, I wouldn’t utilize a security camera indoors, albeit it’s less of an issue in non-sensitive outdoor regions.

Second, if you only plan to use the camera for local storage, the fact that the microSD card is physically in the camera could be devastating if the camera is stolen (or the card inside). You may have film of the thief if you join up for the free cloud storage, but this is something to consider if you suspect camera theft in your neighborhood.

The low battery life is the only other important problem. With the flashlight and regular alarms, I figured I’d get about six weeks of use out of the battery before it died. Then I installed the $25 Reolink solar panel in an area with minimal direct sunshine (maybe three hours each day) to determine if it was sufficient. That alone has kept the battery charged, and I strongly advise you to do so if you purchase this camera.

Yes, but only for usage in the open air. The feature set is far more suited to an outdoor arrangement than an interior one.

What model should you choose?

If you don’t mind a 1080p resolution, the Reolink Argus 3 is roughly $25 less expensive, but it shares much of the same capabilities as the Pro model.

The Arlo Pro 4 is now the best home security camera if you’re ready to invest more and sign up for a subscription. Despite having a comparable resolution, it provides greater video quality thanks to a faster frame rate and HDR capability. The Arlo app is fantastic, with the greatest rich notification system I’ve seen.

The EufyCam 2C Pro is a good option for budget-conscious shoppers looking for a security camera with local storage. The video quality is comparable to the Reolink Argus 3 Pro, however it has a larger field of vision and lasts longer. A HomeBase 2 hub with 16GB of local storage is connected to the EufyCam. It features an IP67 rating as well as adjustable detection zones and person detection.

The Reolink Argus 3 Pro delivers lots of value for money if you need a wireless outdoor security camera with local storage. Because of the lack of 2FA and onboard storage, it isn’t ideal for everyone, but the rapid and dependable performance, high-quality footage, flashlight, and siren make it a good outdoor camera for most people.